So, I was inspired by this post by my talented friend and colleague, Laura (@GoogleGuacamole). It is about using selfies and avatars as a form of reflection. I’m not particularly big on selfies for a variety of reasons and deciding to do this was difficult. As I reflect on the last seven years (Monday the 13th was the seventh anniversary since 32 hours of brain surgery), I am aware of how much has changed, and how much my well-being has improved.

The first photo is from 2009.  Before surgery, before I realized I was going deaf on the left side. Before the grandelves and their mother and partner moved in for the second time and I still had studio space.

The next picture is February 2010, two days before surgery began. Zach and I shaved our heads together in solidarity. I didn’t actually need to shave my head because they didn’t need much real estate to work with to cut into my head. It was a really more of a statement that “I am ready for this.” I remember watching “True Grit” (the original) the night before, taking inspiration from it. Particularly the lines, “I call that bold talk for a one-eyed fat man!” “Fill your hand, you son of a bitch!” That segment of Rooster charging across a meadow ringed  with aspens was on a near-continuous loop when the US Marshall History Exhibit was on display in the museum at the Jefferson National Expansion Memorial (Gateway Arch) the summer I worked there. 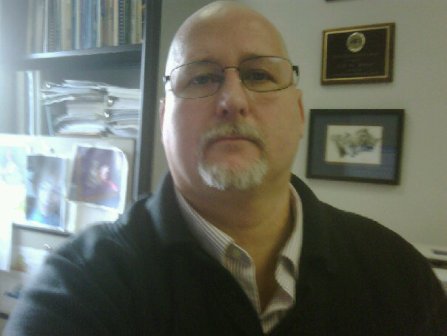 This next photo is four weeks post-surgery.  The entire left-side of my face was paralyzed, including the left vocal cord. Some muscle tone has returned to the left side of my face. At rest, I no longer looked like a victim of a severe stroke. When I tried to speak, it was a whole other matter. You can see the droop on the left side, that I tried hide with the mustache. My left eye was not working well either, I had bad double vision and working at the computer was only possible for short periods until an OT put tape over part of the left lens of my glasses to begin retraining my eye until the opthamologist started using an adhesive prism. It was five days later that I created, and felt, the first twitch in my cheek.It was at this point that I often scared small children when walking in the neighborhood with my taped-up sunglasses, cane, and an uncontrollable drool.

Now, it’s almost year post-surgery in the next photograph. I am just about to go in to schedule a fourth procedure on my left vocal fold, something a little bit more permanent when I begin to realize that my voice is returning. I look pretty normal (for me) here, but the asymmetry is clear, just not as pronounced.

The photo below was taken for the article in Bloomberg Businessweek about our first release of the reports on the post-completion wages of graduates. It’s notable because out of the dozens of photos taken, it naturally focuses on the right side of my face. The normal side.

Next, a short from a fall day in Georgetown in 2013. The asymmetry is there, but usually unnoticed by most, save for the way the facial hair grows. Or if someone watches me eat as the left eye closes uncontrollably. Also, there were tough periods of hemifacial spasms across the left cheek in 2012 and 2013. They are still around, just not as painful, unless someone or something makes me laugh a lot. Sometimes smiling does in fact make my face ache.

And finally, skipping ahead, because if I am bored of looking at pictures of me, I’m assuming anyone else reading this is also bored. Weight loss and the continued spasms and nerve issues have created pronounced asymmetry in the lines of my face. If I were to shave, you would see that I now have a dimple that I never had before. 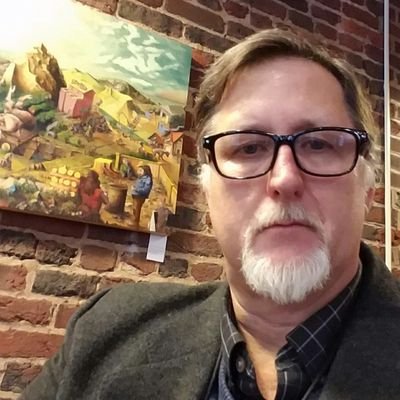 Fortunately, I am old enough that looks don’t matter as much. I see this lack of symmetry in my face when I look in the mirror, and what I see is survival. Although, “survival” might be too strong a word. “Onward-ness” seems closer. I see the asymmetry and I know it is me. I know that I did not stop moving forward. The things that continue to be a problem will always be a problem (swallowing, a never-ending  cough, the need to finger sweep my cheek, no tears on the left side), but these are tiny problems in the scale of things. Moving onward is good. It is what I am all about.

3 thoughts on “Seven years of asymmetry”